So… girls and boys, men and women, vagina and penis, dick and snatch, cunt and cock, fag and dyke.

That’s what I’m talking about today, Depend has changed its format for the better, they took a note from another company owned by Kimberley-Clarke, Goodnites. I’m a fan of the new Depends, for the purpose of “scenes”, if you have a sub or “little one” that needs a little bit of forced femininity, these would be great for that, but if you’re looking for something that will protect you all-day or night, you’ve probably found a diaper thats way better.

So here’s the video!

Hey there, I’m back with a new video! I’ve been meaning to do this kind of video for a while, and a new undecorated apartment is the perfect place! As you can see, no more nursery but my bed does have a plastic sheet which is just as good. It’s hard not to be self-conscious about a video like this but i’m looking forward to comparing these videos later after documenting the whole transition. This is only the beginning my friends!

Hello readers~ I don’t know why I’ve never shared this with you, but here’s a video of one of 4 second saturday shows I put on with some friends.

Every second saturday in my city all the galleries stay open late and it’s pretty much annual art day. I knew a lot of local musicians and lived in a very music centric environment, the kind of place where I’d come home to see a touring japanese punk-rock band playing in our front room. So I got together my good friend Ben Lastname and the popular sacramento band PETS, did tons of street promotion and set-up a P.A. in an empty parking lot and played some music. The above video is of our second show, where we had more interactive elements, such as the drum table near the end of the video. We had an awesome David Bowie/Mott the Hoople cover band called “The Droogs”, as well as a couple other local bands that were willing to play for subway sandwiches, and to promote independant free music.

On the 3rd show the cops shut us down. We didn’t have a permit, but we thought we could get away with it on second saturday. Unfortunately, our headlining band pulled up right as the cops did, so it was a total bust. I have really fond memories of those shows, I’m going to see if i can dig up any old footage of them. We easily got an upwards of a 100 people at once at the first 2 shows, with many more coming in and out.

There was a 4th show, but it ended badly.

We had the idea that if we took it on the road we wouldn’t need a permit, so we rigged up a PA system, a drumset, a bass and a guitar in the back of this Astrovan and set the back door to pop-open and pull closed easily. So we’re driving around town pulling up to coffee shops etc. and jamming on people for a couple seconds before driving off, and people are getting into it. After making a path through town we started to head back and we play at one last coffee shop.

As we pull away, these 2 guys flag us down, none of us knew them but the streets were empty and we didn’t expect any negative feedback. Just as one of the guys walks up to the car window, he straight arm punches our driver, shattering his sunglasses. He gets a few more hits in before we pile out of the van and try to get these guys off of him, and the guys turned their attention to us. After a minute or so of fighting in the street and these guys calling us faggots etc. our bassist breaks one of the guy’s nose and they retreat, the one thing I could understand was him yelling “your mother buys you everything”.

I have a really nice video camera, and was filming that day, but didn’t get any of the fight on film, I was basically just brandishing my tripod not knowing if I was going to have to use it. To this day have no idea who these guys were, but I think their motive involved the misconception that we’re rich suburban kids just pretending to be artists downtown. Either that, or it’s the every reaction creates an opposite reaction, we were doing something altruistic and fun and they had to react with something animal and sadistic. Either way it was a real dick move. Our friend that drove was pretty much knocked unconscious and had a black eye for a month, the rest of us were fine other than some bruises.

So, after that I kinda stopped doing the second saturday shows, but I’ve always been interested in street theatre and entertaining performance art, and I plan to have more stuff to show you in the future! Thanks for reading, and more stuff soon!

Hello friends, here’s an update on how my life’s going…

1 – New Apartment: I just moved into a new apartment on the west coast with a close friend, I haven’t set up internet here yet so my online time is few and far between. Paying the deposit was a pain and I don’t think I’m going to set-up a nursery, I got rid of my crib and nursery stuff when I moved to New England. My roommate has always been supportive of me transitioning and doesn’t mind the diaper stuff. It’s nice to be back here and in a really nice location, I’m really happy at my new place and am definitely going to stay awhile.

2 – Transitioning: One of the most flattering comments I get are from people who think I’ve transitioned or am currently on hormones. I am completely 100% au naturale male in regards to my hormone levels, I haven’t taken anything yet, but as soon as I can afford healthcare and hormones, I’m going to start transitioning. I’m finally settled down, at least location wise. I just need a better job and I’ll be set, I’ve done the reasearch and would love to start.

3 – Fluffy padded things: This site is a driving force in my passion to wear diapers, and being away from it for so long has le me to focus on another passion, being a girl. My wardrobe isn’t half of what it used to be, but I can still pass very easily but I could be trying harder than I am, I almost never wear makeup and am in desperate need for cute shoes. I still wear, just not really out anymore. As I get older, I’ve learned to accept all this and instead of the famliar binge/purge cycle of wearing compusively then throwing it all away. I will be reviewing the Depend For Women underwear soon, so keep an eye out for that.

I’ll be posting more soon, thanks for still reading! 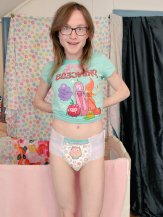 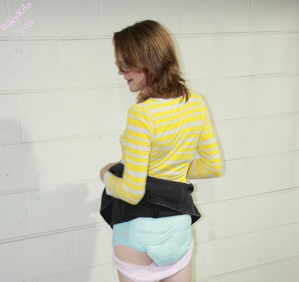 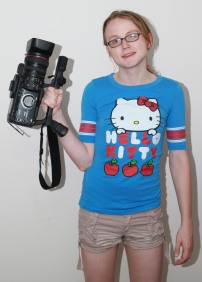