I made the flowers change color!

Sometimes you just have to take a moment, put your crinkles on and remember why it’s all pretty wonderful.

I made the flowers change colors ❤

I’m standing outside of The RevMel Show, waiting for the rest of the group discussing littles to show up. Honestly, I know so little about this that I’m not sure whats about to happen, a local mommy posted an announcement on Fetlife that they were to be on the show talking about littles and that if anyone wanted to join they could. I wrote her and just now read her response, she’d be happy to have me. I’m excited, nervous, looking forward to saying my piece.

It’s the next morning, the show was lovely, had a good time, met a new crinkly friend. It was good, I don’t think there were any profound revelations though minds were inevitably opened. It was positive, not a negative environment as I’ve experienced in past media outings. I do think it’s important to educate within the community, there’s some folks with iron-clad beliefs about kink, fetish fundamentalists if you can believe it. These mindsets can point people in wrong directions, give wrong ideas, even be discriminatory. I’ve felt the slings and arrows of that backwards thought, some kinksters don’t like my diapers, some transpeople don’t like my kink or diapers, some diapered folks and kinksters don’t like my gender expression, it’s a hot mess that doesn’t do anyone any good.

This blog has been pretty serious the last few posts, I’ve been a little down with Fathers Day, money issues, life stresses, bits of loneliness, the trials and tribulations of being a single, entrepreneurial transgirl. I tend to look at things from the big picture, like i’m flying above the earth, every feeling and emotion is within my peripheral grasp. I know i’ll be happy again, I am happy writing these words, there is beauty in every moment, even the sad ones, even in repressed memories, even in the moments that haven’t happened yet.

Flying above the earth, taking it all in sounds wonderful doesn’t it? This video will do for now… Sit back, smile, and enjoy a little flight around this ball full of oceans and some mountains ❤ More stuff soon!

Last night transpeople and their allies gathered at the Hollywood GLBT center for the beginning of  LA TransPride. We made our migration to benefit from the nights edutainment, a “Big Queer Convo” between Mara Keisling, the founder of the National Center For Transgender Equality  and author/theorist/reformed scientologist Kate Bornstein. They spoke on the communities triumphs and missteps, on racism and murder, on the joys of transition and the evolution of our language. It was enlightening, I have a couple pages of notes and quotes from the event, I feel inspired, lucky to have been a part of this, i’ll be sharing what I learn through future writings as many of the ideas have stuck with me.

Over the last year I’ve realized that I don’t know everything, I think its part of growing up and seeing all sorts of different experiences. Deciding to take some time to listen as opposed to speak has been beneficial, something about its better to better to be considered a silent fool than to speak and remove all doubt. Now I hardly consider myself a fool, but theres still some stuff this girl could learn, this is the big leagues of transgender empowerment and I am preparing myself for when it will be my time to speak.

The wonderful Kate Bornstein signed my boobs, Mara Keisling was engaging and strong, Chaz Bono came as a show of support, last night WeHo was a hotbed for trans activity and it was delightful. Mainstream “Pride” has become a rainbow colored beer advertisement for gay men, a big limp stereotype dangling in your face, its not even remotely how I show pride for my community/identity. We showed our pride last night by learning how to best serve our community, not by getting drunk in the streets… that’s how I express depression, not pride.

I’ll be volunteering most of today during the workshops, catching the TransPride Film Festival and the after-party tonight, excited to be meeting movers and shakers in the Trans* community. Life is good, more stuff soon about crinkles and cuddles, for now this little girl is playing grownup artist in-support of activists, things are starting to get exciting here in LA ❤ I made progress this morning on a film idea, i've been meditating on it for months but just sat down and started writing. I feel genuinely inspired and it feels good.

Thanks for reading, more stuff soon ❤

Remember this post about the Bill Cunningham Show? The one with the weirdly edited video?  Well, they re-aired my show and an awesome friend was kind enough to get a copy for me! The new stuff begins about 5:45 in…

I made a thread over at Adisc mentioning my appearance and there was an overwhelming show of support, the love i’ve been shown by the community really keeps me positive. I responded to the posts the next day as I am always careful what to write on forums, I usually  write whatever the purple monkey dishwasher I want on my sites.  I’ll be writing more on social dynamics, safety and necessary evils in the context of *B/DL forums. For now i’d like to share some of my responses to the thread & thoughts about the show, ABDL’s in media etc, here’s the post…

—————————
“I was going to post this before I saw the show, but now is just as good. My friend is ridiculous, he was a second choice but did well to draw attention away from me, I needed a dissenting voice, my club-kid friend was avalialble, he was quite over the top and did well to bring up moot points.

So big hugs, thanks guise, its not a very good show, daytime trash, but I
hope that my positive message got through… quoting the National Coalition of Sexual Freedom helped I think.

The best advice I could give to a young kinky person would be to start your own blog, journal, vlog, whatever, and keep consistent. You’ll find many people will drop-off and lose steam, staying with it gives you the time and meditative thought to express yourself clearer both when dealing with media and in your daily life. Realizing the effect of your words and actions on others is a profound experience, especially the humility of it. I look back on the last year of interviews i’ve done, as well as the reactions to them and occasionally i shake my head, thinking “i can’t believe you actually said that”. At times i’ve been arrogant, too bold, too aggressive, much of this comes from getting caught in the moment, and on one occasion doing an interview with a fierce hangover. Though I have some regrets in terms of ways i’ve represented myself, i’m still learning, I hope that others will learn alongside me.

Wanted to say that, but haven’t found an outlet to. I look forward to some of the collaborate efforts i’ve gotten wind of coming out in the ageplay blogosphere, theres some great creatives making good, progressive content, like the (18+) Big Little Podcast. I really hope to see more fresh faces creating media (blogs, poems, short films, documentaries) about who they are and how they live. Be thoughtful with what you make but get out there and make it, even if you make it with your phone, greater stories have come from less.

Anyway, that’s my thing, just wanted to say that. Thanks everyone!”

***Naturally, one forum member plays “devils advocate” and brings a negative view to AB/DLs on TV, I responded shortly after with this…

“I didn’t make this thread to get into a conversation about different ageplayers on TV, because those threads often turn hurtful, negative. There will always be that extra little “we shouldn’t be public about this” voice, but ABDL’s in the media are going to happen regardless of our input, so why not focus on being shown in a positive light?

If you really want to stop AB’s from appearing in the media, write Discovery networks (among other cable networks) and tell them to stop making TV shows about AB/DL people, write a handwritten letter even. Put as much time and effort into that as you did your post here, if you haven’t already. I try not to mention how I have to deal with potential awkwardness of being publicily outed as an Ab + a transperson ::forever:: or how my extended family feels about this, I conciously made those sacrifices. They were minor compared to missing my chance to prevent some clown from going on TV and make a fool of themselves about something SUPER important to me, potentially causing a little cultural setback for the growing ABDL community. My Strange Addiction is a pretty popular show, where it could have been bad it was instead just ok. If I wasn’t going to go on Bill Cunningham, they would have gotten a replacement like they did for the tanning girl. Knowing the integrity of the producers, it could have been bad.

Thanks again for all the kind comments, and though my activist/porn presence is getting stronger, my allure to the mainstream has gone down and i likely won’t find myself doing any TV other than maybe The Soup, where i’ve been shown a bunch of times. I look forward to seeing what awesome new things are coming out, i know SyFy is doing something soon, as well as other stations. this is a big step for this *thing* we share and an oppurtinity to show that theres real, friendly, happy people inside these diapers.”

Those are my positive thoughts for the day, thanks for reading, more stuff soon! Transpride LA is this weekend and i’ll be volunteering so if you’re in the area, come to a workshop and support the community! Kate Bornstein and Maria Keisling are going to be there, i’m so excited ❤ Hugs, love, more stuff soon! Laser went fine but i'm scruffy and awful right now, i get to shave tomorrow! Hooray for being a girl!

Final thought… Usually don’t give up the refrences in post titles, but if you haven’t heard The Postal Service, check their only album “Give Up”, it is pure love. The Postal Service is Ben Gibbard from Death Cab for Cutie, producer Dntel and guest vocals from Jenny Lewis of the band Rilo Kiley, if that sounds familiar at all. Yes, this album is kinda played out on the indie scene but it still stays in rotation in my life, give it a listen ❤

Hey there everyone! I wanted to check up on you for a moment and not let you drift away from me. I have a couple exciting new posts coming up but I can’t seem to finish them, as I’m a terrible blogger. So all you get today is a couple more pictures in that cute weird hoody thing. I found it at a thrift store and its awfully soft and looks like its made out of the same tuff as sleepers, I kinda like hoods on loungey type clothes. I hope you like the pics ❤

So yeah, i’m feeling good, optimistic, enjoy the crinkles, exciting stuff soon, laser was pssshhh nothin’ and I’ll be filling you in on the details! Transcaping.com, a new health blog i’m working on will be fully realized this summer, so look out for that good stuff <3Hugs! More stuff soon! 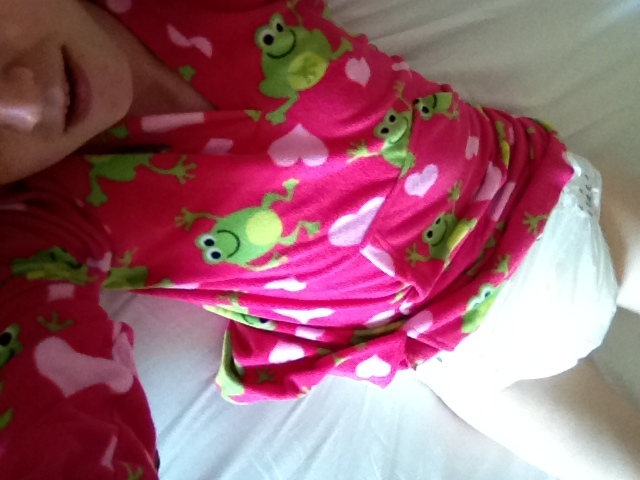 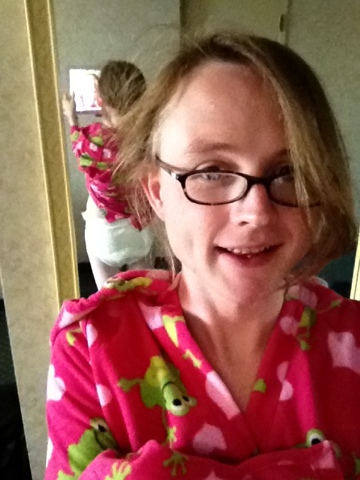